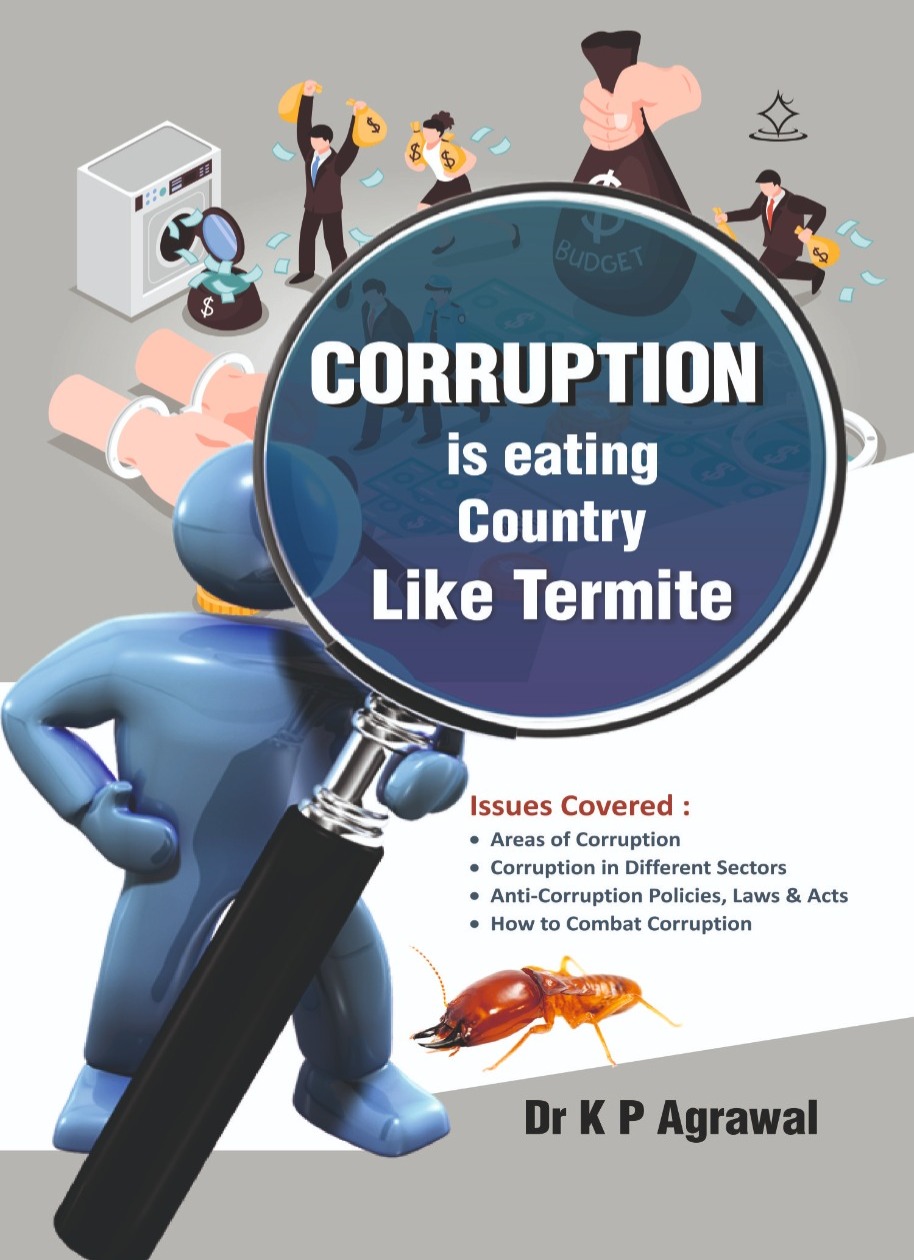 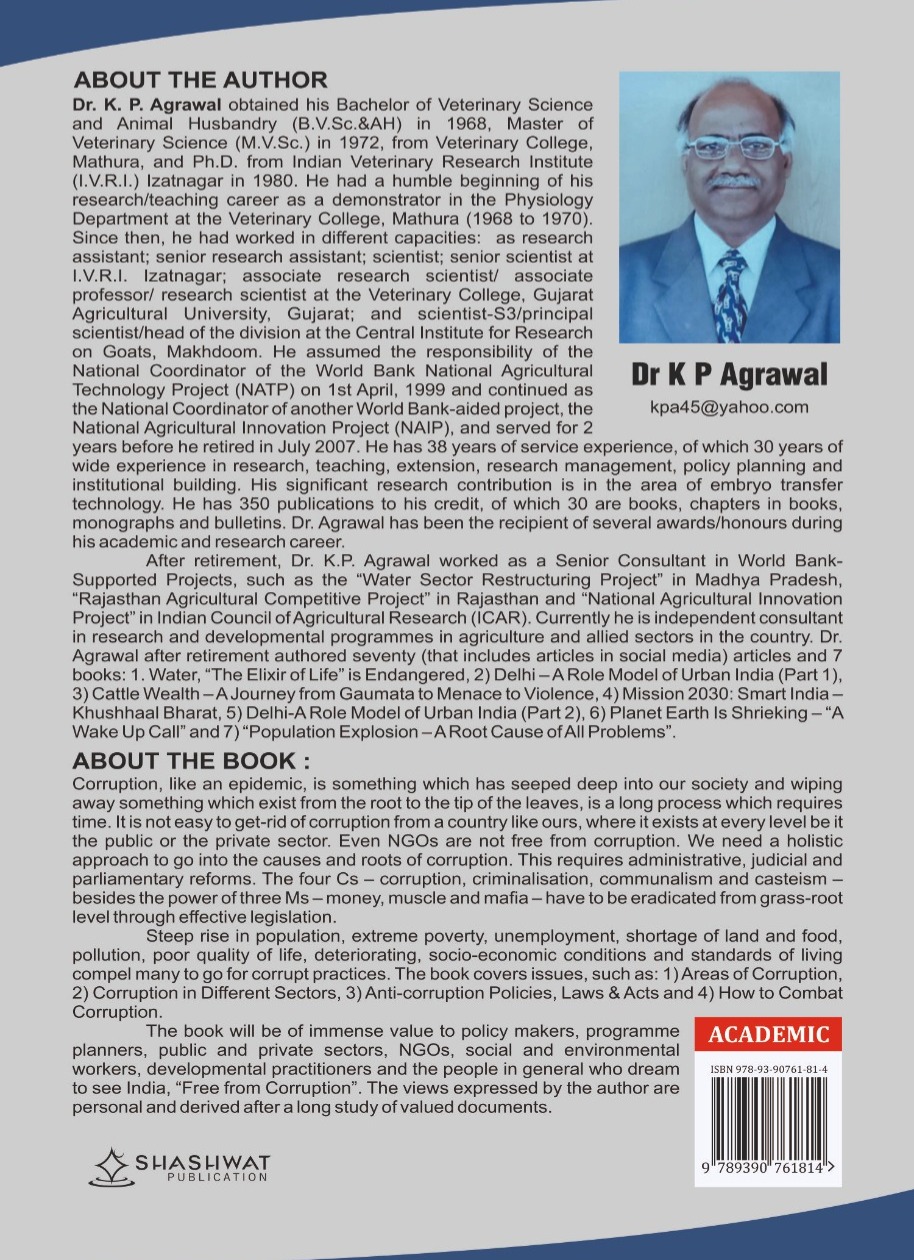 About author : Dr. K. P. Agrawal G-29 Brahma Apartments Sector 7, Plot 7, Dwarka New Delhi – 110075 Email: kpa45@yahoo.com Mob: +91 9312393677 Dr. K. P. Agrawal obtained his Bachelor of Veterinary Science and Animal Husbandry (B.V.Sc.&AH) in 1968, Master of Veterinary Science (M.V.Sc.) in 1972, from Veterinary College, Mathura, and Ph.D. from Indian Veterinary Research Institute (I.V.R.I.) Izatnagar in 1980. He had a humble beginning of his research/teaching career as a demonstrator in the Physiology Department at the Veterinary College, Mathura (1968 to 1970). Since then, he had worked in different capacities: as research assistant; senior research assistant; scientist; senior scientist at I.V.R.I. Izatnagar; associate research scientist/ associate professor/ research scientist at the Veterinary College, Gujarat Agricultural University, Gujarat; and scientist-S3/principal scientist/head of the division at the Central Institute for Research on Goats, Makhdoom. He assumed the responsibility of the National Coordinator of the World Bank National Agricultural Technology Project (NATP) on 1st April, 1999 and continued as the National Coordinator of another World Bank-aided project, the National Agricultural Innovation Project (NAIP), and served for 2 years before he retired in July 2007. He has 38 years of service experience, of which 30 years of wide experience in research, teaching, extension, research management, policy planning and institutional building. His significant research contribution is in the area of embryo transfer technology. He has 350 publications to his credit, of which 30 are books, chapters in books, monographs and bulletins. Dr. Agrawal has been the recipient of several awards/honours during his academic and research career. After retirement, Dr. K.P. Agrawal worked as a Senior Consultant in World Bank-Supported Projects, such as the “Water Sector Restructuring Project” in Madhya Pradesh, “Rajasthan Agricultural Competitive Project” in Rajasthan an

About book : Corruption, like an epidemic, is something which has seeped deep into our society and wiping away something which exist from the root to the tip of the leaves, is a long process which requires time. It is not easy to get-rid of corruption from a country like ours, where it exists at every level be it the public or the private sector. Even NGOs are not free from corruption. We need a holistic approach to go into the causes and roots of corruption. This requires administrative, judicial and parliamentary reforms. The four Cs – corruption, criminalisation, communalism and casteism – besides the power of three Ms – money, muscle and mafia – have to be eradicated from grass-root level through effective legislation. Steep rise in population, extreme poverty, unemployment, shortage of land and food, pollution, poor quality of life, deteriorating socio-economic conditions and standards of living compel many to go for corrupt practices. The book covers issues, such as: 1) Areas of Corruption, 2) Corruption in Different Sectors, 3) Anti-corruption Policies, Laws & Acts and 4) How to Combat Corruption. The book will be of immense value to policy makers, programme planners, public and private sectors, NGOs, social and environmental workers, developmental practitioners and the people in general who dream to see India, “Free from Corruption”. The views expressed by the author are personal and derived after a long study of valued documents. 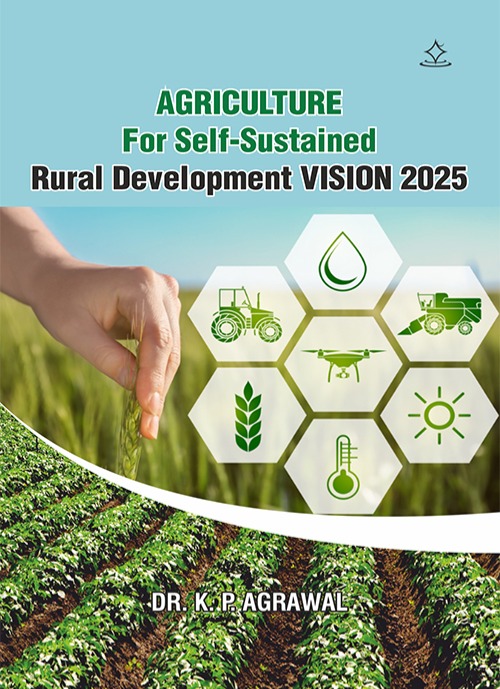 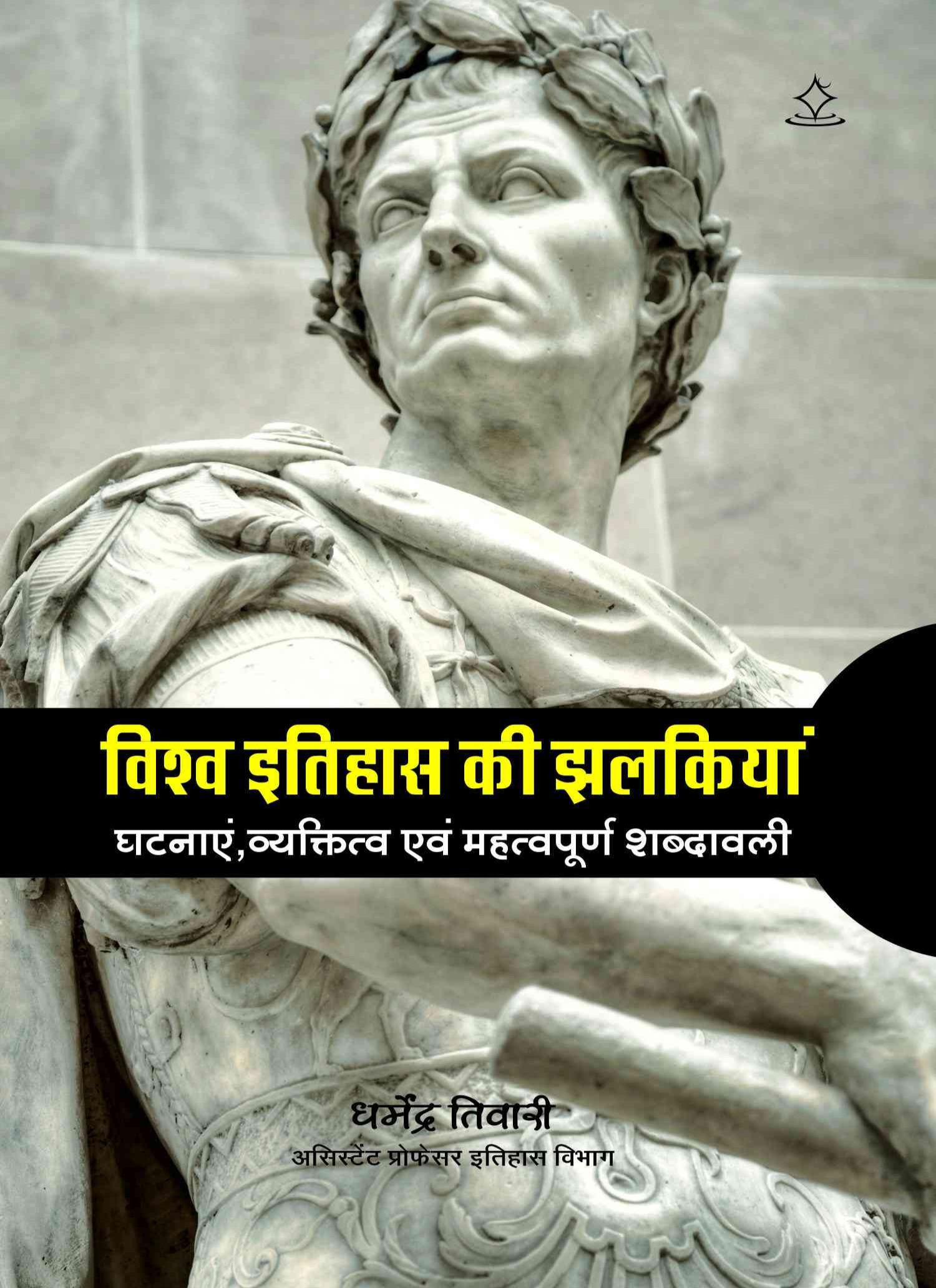 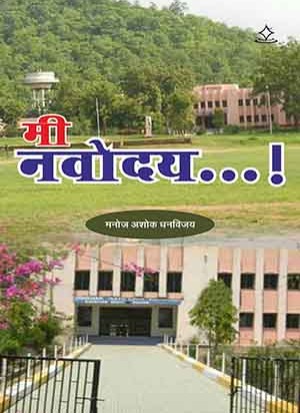 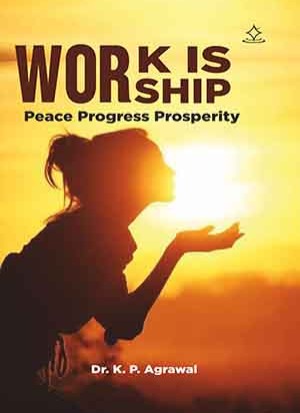